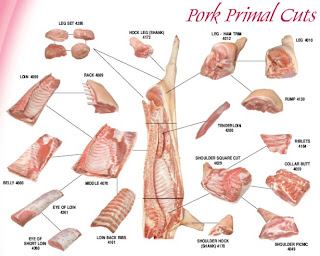 Well our esteemed leaders in Washington DC feel that American voters have the attention span of carp.

There was an overwhelming response by the public to the first bill that the house attempted to pass to bail out the Wall St and banking greed heads. This caused a majority of members to show restraint and voted NO to indebting American Taxpayers for the next generation to save the Paycheck of Good ole boys.

Now the August body of the Senate is now doing one better.
Not only are they throwing a kings ransom at a financial fiasco that is entirely due to loose lending practices, greed, shortsightedness, greed, failure of the government to properly regulate banking and real estate practices, Greed, and oh did I mention Greed.
They are just ramming the Same Fiasco down our throats, (cause we were only mad about it on Monday, It is now Thursday and at night. So this won't count)

# A refund of excise taxes to Puerto Rico and the Virgin Islands for rum: A $13.50 per gallon excise tax is placed on rum imported into the United States. The measure extends to December 31, 2009, a refund of $13.25 per gallon tax back to Puerto Rico and the Virgin Islands, which are both U.S. territories. The refund has been in place since the early '90s. The measure would cost taxpayers $192 million.

# Income averaging for amounts received in connection with the Exxon Valdez litigation: The measure would allow the plaintiffs who won damages from Exxon Mobile for the oil spilled by the Exxon Valdez to average the award over three years rather than treating it as income in a single year. The measure was backed by Alaska Rep. Don Young and would cost taxpayers $49 million.

# Secure rural schools and community self-determination program: The program replaces revenue rural communities used to enjoy from the sale of federal forest land. The measure is sponsored by lawmakers from Oregon and Idaho. The program would cost taxpayers $3.3 billion.

# Deduction of state and local sales taxes: The measure allows citizens who do not pay state income taxes to deduct the amount of sales tax they pay over a year from their federal income tax for two additional years. States that benefit include Texas, Nevada, Florida, Washington and Wyoming. The measure would cost taxpayers $3.3 billion.

# Provisions related to film and television productions: In order to keep movie production in the U.S., production companies would be allowed to deduct the cost of producing the films from their taxes. Rep. Diane Watson, D-California, has been one of the program's biggest supporters. The measure would cost taxpayers $478 million over 10 years.

# Transportation fringe benefit to bicycle commuters: The measure would allow employers to provide benefits to employees who commute to work via bicycle, such as help purchasing and maintaining a bicycle. The measure would cost taxpayers $10 million.

It seems these clowns are in a race to sell it all out to the highest bidder.
Makes you hang your head in shame, We should have done better at the voting booth.

Keep this in mind when you vote. Not only for the Prez, but all levels of the govt.
From the brain housing group of Nereus sometime around 8:13 PM