Just another CelebRETARD to influence our children 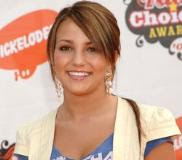 This morning while the family was having breakfast and doing the morning routine, the news program ran a fluff piece about Jamie Lynn Spears, the 16-year-old "Zoey 101" star and the fact that she is pregnant. The CNN article online was even more of a bit of fluff with a quote by Ms Spears

"It was a shock for both of us, so unexpected," she said. "I was in complete and total shock and so was he."

Seems like if your going to be doing the tube snake boogie, you might possibly foresee that one of the possible consequences would be pregnancy. She is further quoted taking the moral high ground on teen pregnancy

"I definitely don't think it's something you should do; it's better to wait," she told the magazine. "But I can't be judgmental because it's a position I put myself in."

Well, Another brilliant and deep thought from a member of the entertainment industry. I guess it goes to show you that you can take the girl out of the trailer park but...


Now we have another contender for dumb bimbo of the week, Too bad she will have to compete against Sis and her antics. Even worse, being the holidays and slow on the news front I am sure that the MSM will beat this to death.

Now if the world was really a fair and just place, a New York Times article brings up the fact that

one angle that hasn’t figured in the coverage. The father of the child is variously reported to be 18 or 19 years of age, and she is 16. We don’t know exactly where they were 12 weeks ago, and frankly don’t want to — but prosecutors might. In Louisiana, where they both live, the age of consent is 17, and what obviously must have gone on between them might qualify as criminal carnal knowledge of a juvenile in that state — either a felony or misdemeanor, depending on just how old he is.
In California, where she stays while the show is being shot, the age of consent is 18, and the relevant charge would be unlawful sexual intercourse, a misdemeanor. 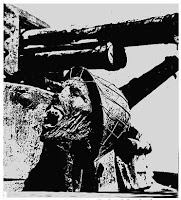 I do know as the father of a daughter, my tactic for deterring gentlemen callers when she reaches that age will kill the first few and pike the heads in the yard. The better half doesn't agree.. But a thought just the same.
From the brain housing group of Nereus sometime around 2:51 PM